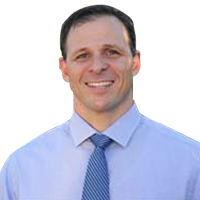 Dr. Doug S. Clouse is a Board Certified Orthopedic Surgeon that established his practice in the East Valley in 2008. He completed a Sports Medicine Fellowship and his practice has an emphasis on treating conditions of the shoulder and knee in all age groups.

Dr. Clouse is a native of Arizona and was born and raised in the East Valley graduating from Mesa Mountain View High School. He did his undergraduate training at Brigham Young University and graduated with his BS in 1997 (Pre-Physical Therapy Major). He then completed his medical training in New Orleans, LA at Tulane School of Medicine in May of 2002. While in medical school he was appointed to the Alpha Omega Alpha honor society, an honor given to the students in the top ten percent of the class. He was also selected as the outstanding orthopedic student of his class.

After graduating from medical school, Dr. Clouse moved to San Antonio, TX in order to complete a one year internship and four year orthopedic surgery residency at the University of Texas Health Science Center San Antonio. His training at this time had an emphasis in orthopedic trauma care at the level one trauma center in San Antonio. During his final year he was appointed as the chief administrative resident.

Upon completion of his residency, Dr. Clouse elected to stay in Texas and completed a one year Sports Medicine Fellowship with Dr. Jesse DeLee and Dr. Stephen Burkhart. This fellowship had an emphasis in treating conditions of the shoulder and knee that included minimally invasive arthroscopic care, the treatment of sports related injuries, and treatment for degenerative conditions including joint replacements of the knee, hip and shoulder.